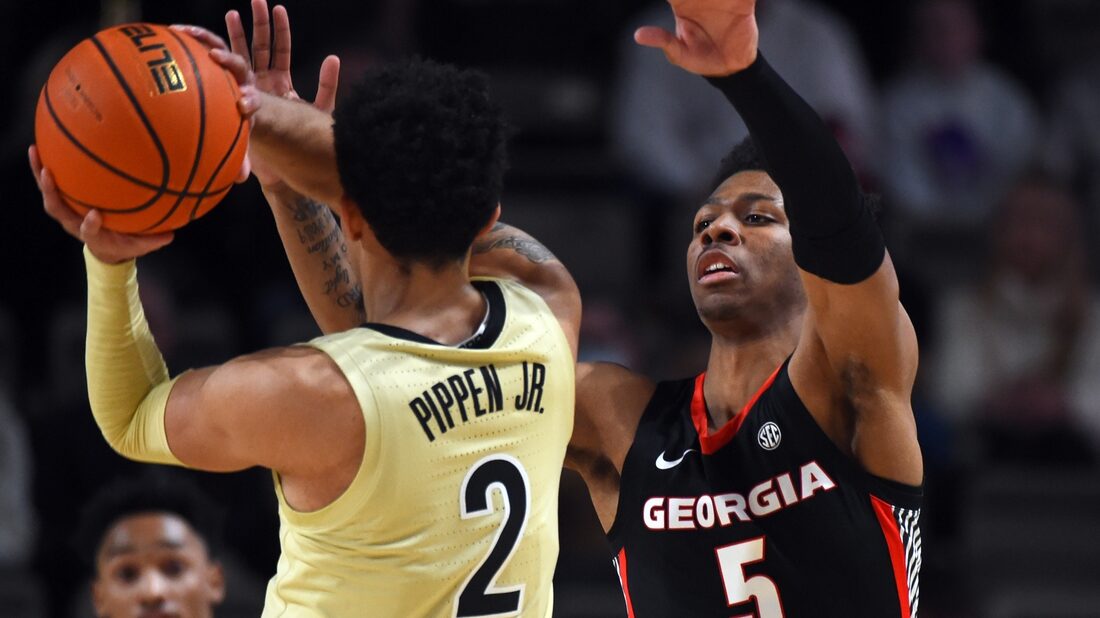 If there’s a player on a lower-seeded team who can take over a league tournament, lead it to a championship and an automatic NCAA Tournament bid, it’s Scotty Pippen Jr. of Vanderbilt.

Pippen, who leads the Southeastern Conference with 20.5 points per game, has scored 20-plus points in seven straight games, eclipsing the school record of six set by Shan Foster during the 2007-08 season. Pippen also leads the Commodores in assists (4.2) and steals (2.0) per game.

“It’s crazy to look back and say I’m going to be in the Vanderbilt history books,” he said. “It’s crazy, but I want to continue to add to those numbers.”

Pippen gets the chance Wednesday when the 11th-seeded Commodores (15-15) face 14th-seeded Georgia (6-25) in the first round of the SEC tournament in Tampa, Fla.

The winner will play #6 seed Alabama on Thursday.

While Vanderbilt enters the conference tournament coming off a 63-61 win at Ole Miss in which Pippen posted 22 points and six assists, Georgia hasn’t won in quite some time.

The Bulldogs squandered a nine-point halftime lead in a 79-69 loss at Missouri on Saturday. They have dropped 11 straight and 19 of their past 20, with only a win against Alabama on Jan. 25 preventing them from going winless in league play.

Georgia is expected to part ways with coach Tom Crean, who has gone 47-74 in four seasons, after the season, per numerous reports.

“This is a tough team,” Georgia guard Aaron Cook said. “With all the stuff that’s been going on outside of basketball, we can’t complain with how we’re coming together and trying to find a way to make it work. All we can do is keep pushing forward, trying to win games.”

Georgia is led by Kario Oquendo with 15.4 points per game, while Braelen Bridges averages 12.8 points to go along with a team-high 5.4 rebounds per game.

Pippen is complemented by Jordan Wright with 11.7 points and 6.3 rebounds per game.

In this article:featured, georgia, ncaab, vanderbilt