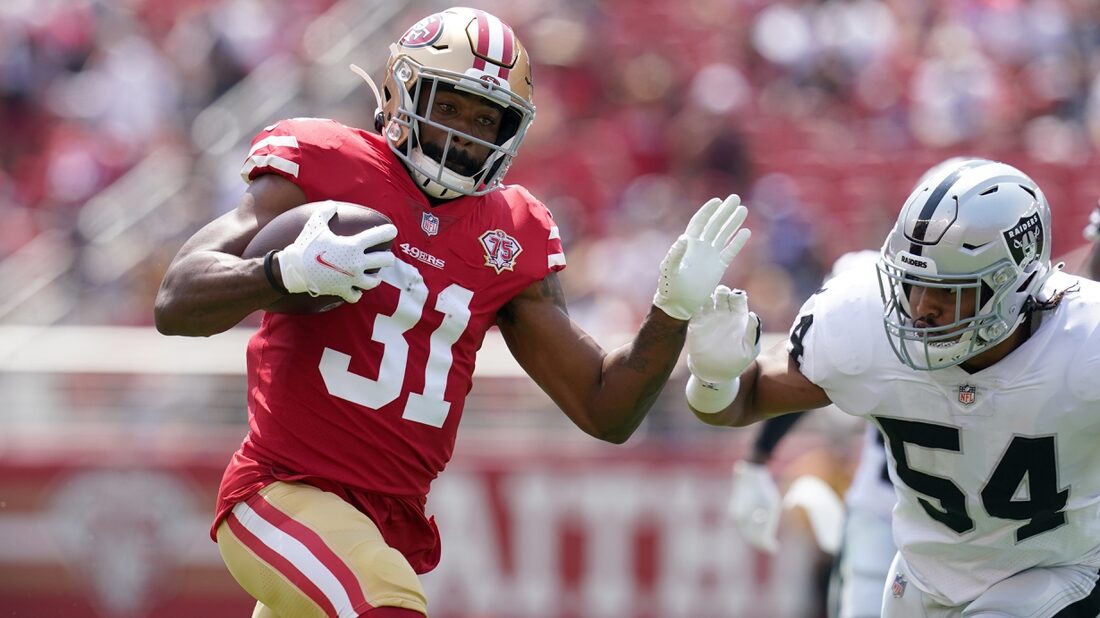 Pending free agent running back Raheem Mostert is expected to be ready for the 2022 season, his agent said.

Brett Tessler told ESPN that Mostert is making a full recovery from a knee cartilage injury that ended his 2021 season with the San Francisco 49ers after just two carries.

Mostert, who turns 30 in April, learned of his positive prognosis after undergoing tests this week in Dallas with his surgeon, Dr. Dan Cooper.

“Dr. Cooper said that in six years of doing this procedure on NFL players, this is the best recovery he’s seen and there’s no reason to believe Raheem won’t be fully healthy and ready to go,” Tessler told ESPN.

Mostert left San Francisco’s season-opening win at Detroit after rushing twice for 20 yards. He has gained 1,971 yards from scrimmage and scored 14 touchdowns in 46 games (nine starts) since joining the 49ers in November 2016.

NBC Sports reported last month that the 49ers have been in talks with Mostert about re-signing with the team.