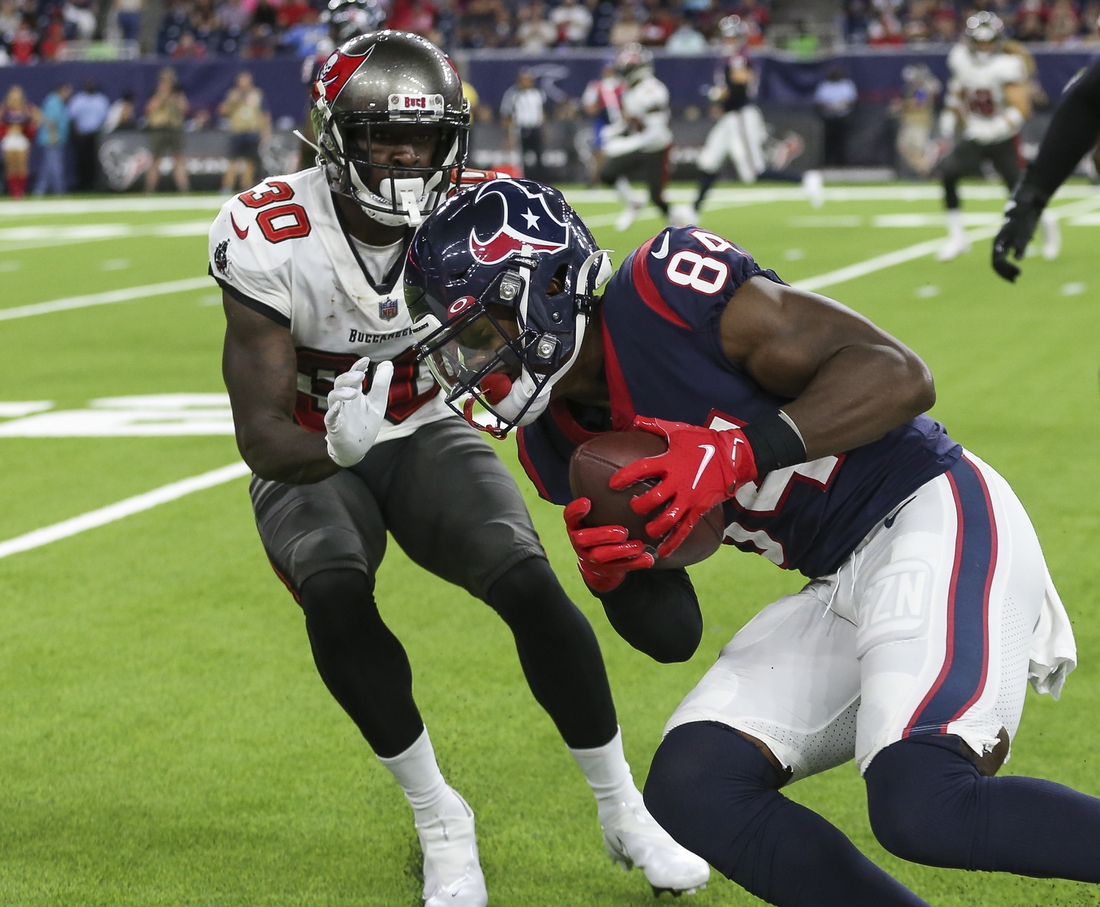 Overtime Sports Management Group shared a photo of the signing on social media but did not disclose the details.

Veasy, 26, made his NFL debut last season with the Houston Texans and appeared in two games. He played 24 snaps on offense and 26 on special teams, recording no catches and one fumble recovery.

He entered the league in 2018 as an undrafted free agent and has spent time with Tennessee, Jacksonville, Indianapolis, Pittsburgh, Buffalo and Washington.