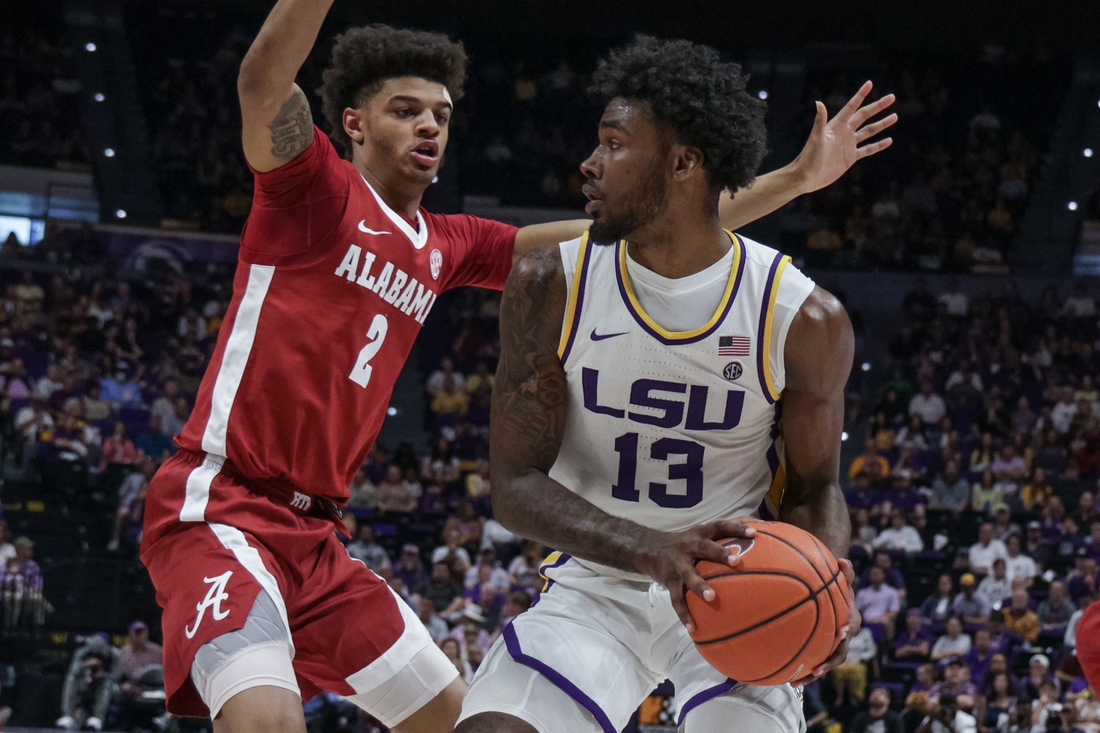 The matchup between #6 seed LSU, whose coach was fired the day before Selection Sunday for the NCAA Tournament, and #11 seed Iowa State might boil down to which team regains its early season form in the first round of the Midwest Region at Milwaukee on Friday.

Assistant Kevin Nickelberry has taken over as interim head coach. Wade and Armstrong were dismissed after LSU received an NCAA notice of allegations of significant misconduct in the program.

“Obviously, this time a couple days ago, I didn’t think I was going to be sitting here,” said Nickelberry, who has more than a decade of experience as a Division I head coach. “But in life, there’s a lot of things going on in the world right now, a lot of adversity in the world, so this is a tough situation for everybody. Right now, I’m charged with the responsibility of getting these young men focused for the task at hand, which is the NCAA Tournament on Friday.”

Iowa State (20-12) has lost three straight. The Cyclones, who won their first 12 games, were 16-5 and ranked #23 after beating Missouri on Jan. 29. Still, Iowa State has improved by 18 wins under first-year coach T.J. Otzelberger after last season’s 2-22 mark.

“This is a new season,” said Otzelberger, a native of Milwaukee who played collegiately at nearby Wisconsin-Whitewater. “We’re playing not far from here. We should have some great fan support. A lot of guys with a local connection, so a great opportunity in front of us.”

Iowa State is also receiving support from bettors at BetMGM, who have backed the Cyclones (+4.5) with 60 percent of the spread bets and 58 percent of the handle as of Friday.

LSU starts two seniors, a sophomore and two freshmen. Sophomore forward Tari Eason, a transfer from Cincinnati, comes off the bench for a team-best 16.9 points per game and was named SEC Sixth Man of the Year. Senior Darius Days averages 13.7 points and 7.7 rebounds.

“This team’s had some ups and downs, the one thing we lack — we don’t lack talent, but we do lack experience,” Nickelberry said.

LSU is making its 24th NCAA appearance, including the past three tournaments held. In early January, the Tigers had back-to-back wins over Kentucky and Tennessee.

Senior Izaiah Brockington, a transfer from Penn State, leads Iowa State with 17.2 points and 7.1 rebounds per game. Tyrese Hunter, Big 12 Freshman of the Year, averages 10.8 points. The Cyclones are 13-0 against nonconference opponents.

“This is the time of the year where everybody’s 0-0,” Otzelberger said. “There’s a reason why it’s so exciting and we all love being part of it. We’re fortunate to be playing in it. We know there’s going to be a lot of upsets and we need to do everything we can between now and Friday to put ourself in position to be one of them.”

Otzelberger was uncertain what impact the LSU coaching situation might have.

“That’s a unique variable. I don’t know what that means or doesn’t mean,” Otzelberger. “What I do know is they’re a very good defensive team. They turn people over at a really high rate with their pressure. Their defense, according to the metrics, is top five in the country.”

The winner of LSU-Iowa State will face the winner of third-seeded Wisconsin and 14th-seeded Colgate on Sunday.