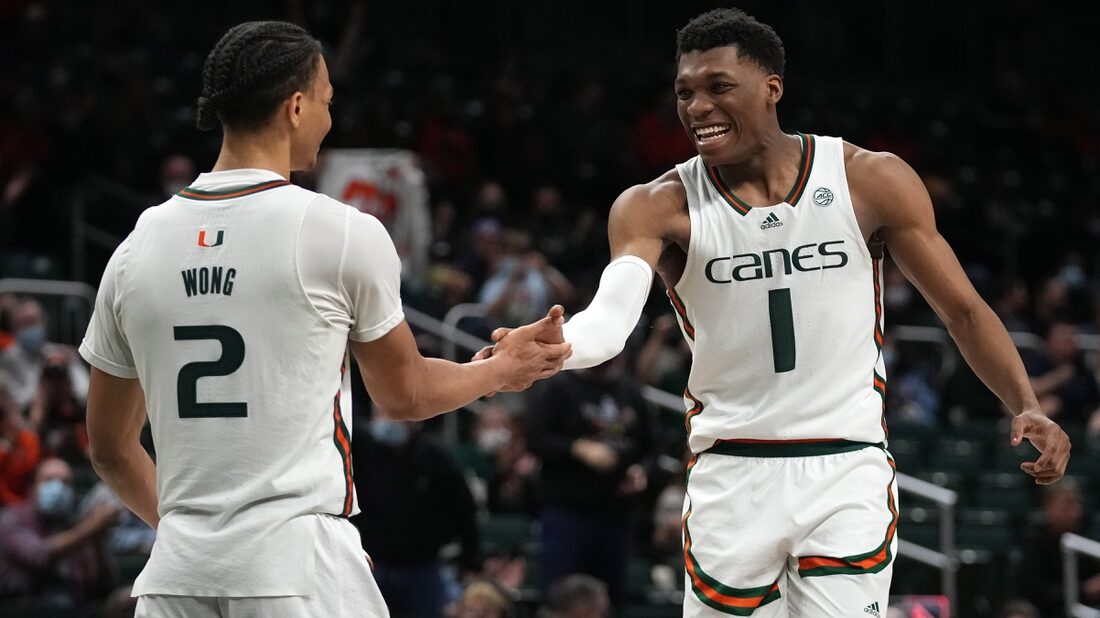 It has been a process for Miami and Southern California to reach this phase of the season feeling so good about themselves.

One of them will be in even a better state of mind Friday following an NCAA Tournament Midwest Region first-round game in Greenville, S.C.

“Players develop confidence during the course of a season,” Hurricanes coach Jim Larranaga said. “The more you win, the more confident you become.”

Miami is the fifth-most popular double-digit seed at BetRivers, where the Hurricanes +123 moneyline has been backed by 53 percent of the bets and 57 percent of the money.

It’s a different story when dissecting the spread line.

Seventh-seeded Southern Cal (26-7) is one win away from setting a program record despite losses in three of their past four games.

“We won a lot of close games this year,” Trojans coach Andy Enfield said. “I really credit our players for learning how to win on the road, especially tight games. We hope that carries over to the NCAA Tournament.”

Tenth-seeded Miami (23-10), which contended for the Atlantic Coast Conference title, has won seven of its last 10 games.

“We’ve run into some walls,” Hurricanes guard Kameron McGusty said. “We’ve faced adversity and we’ve seen what we’re made of. We’re so locked in and we’ve grown so much as a group and we look to continue to grow and take it to the tournament.”

Both teams reached their conference tournament semifinals last week. Miami fell to top-seeded Duke in the ACC, while USC was ousted by rival UCLA in the Pac-12.

They have learned how to win in various settings. Each team won 13 times away from their home arenas, sharing the mark for the second-best total in that category this season.

Larranaga and Enfield know how to use the underdog card in the NCAA Tournament. Larranaga directed George Mason to the Final Four, while Enfield took Florida Gulf Coast to the Sweet 16.

“Their assistant coaches, I know very well, so it will be a very friendly game before the game and hopefully our guys will be ready to play,” Enfield said. “But Coach L has done a terrific job. He has been doing it a long time.”

Southern Cal’s Boogie Ellis racked up 27 points to match his career-high total in the league tournament setback. Isaiah Mobley is the team’s leading scorer at 14.3 points per game as he’s among four Trojans averaging in double figures.

“It should be a good matchup,” Mobley said. “I don’t think any game should be a cakewalk.”

This might have a hometown feel to it for Trojans forward Chevez Goodwin, who has logged 171 career games for the second-highest total in NCAA history. He played for two different college teams in South Carolina — College of Charleston and Wofford — before transferring to Southern Cal.

Half of Miami’s eight all-time wins in NCAA Tournament play have come under Larranaga, who has the Hurricanes dancing for the fifth time.

Larranaga said he was glad to be assigned to a site with a Friday start. He said Miami, which will have had a week off between games, isn’t as physical as some teams.

“Every chance we get to regroup and generate some more energy, the better off we are,” Larranaga said.

The only two previous meetings were December games, with Southern Cal winning in 1990 and 1992.

The Miami-USC winner will have a Sunday date with either #2 seed Auburn or 15th-seeded Jacksonville State.