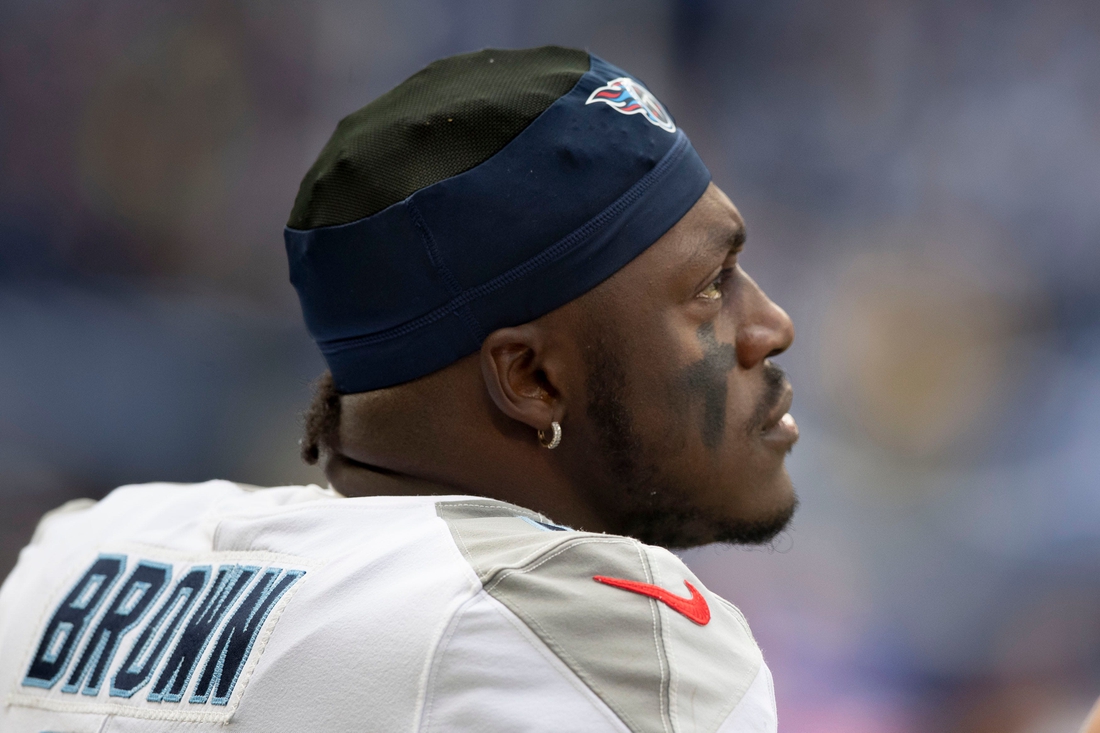 The Philadelphia Eagles swung the biggest trade during the first night of the 2022 NFL Draft, which in turn swung their futures odds at sportsbooks.

The Eagles sent the 18th overall pick and a third-round selection this year to Tennessee in exchange for wide receiver A.J. Brown, who also reportedly agreed to a four-year, $100 million contract.

The 6-foot, 226-pound Brown is the big, physical target the Eagles were seeking to pair opposite 170-pound 2021 first-round pick DeVonta Smith, who proved to be a dynamic playmaker as a rookie.

After the first round concluded, DraftKings reported that Philadelphia’s odds to win next year’s Super Bowl shortened from +4500 to +3500. While that doesn’t put the Eagles in the top half of the NFL just yet, it did move them toward the middle of the pack.

More important, they closed the gap on division rival Dallas.

Philadelphia entered the draft +2200 longshots to win the NFC title and +300 to claim the NFC East. After acquiring Brown, the Eagles are now +1800 to reach the Super Bowl and +275 to win the division.

Dallas remains the -110 favorite at DraftKings to win the NFC East, with Philadelphia ahead of Washington (+250) and the New York Giants (+650).

The Eagles made a massive commitment to Brown – reportedly $57 million in guaranteed money – to provide quarterback Jalen Hurts with one of the league’s premier downfield threats. Brown, who turns 25 in June, caught 185 passes for 2,995 yards and 24 touchdowns in 43 games (36 starts) over three seasons with Tennessee.

Coming off a 2020 Pro Bowl selection, he had 63 catches for 869 yards and five scores in 13 games last season despite missing four games due to a chest injury.

The Eagles’ Super Bowl odds remained +4000 at BetMGM, where the title futures did not change following the first round of the draft.

The sportsbook did report that it took a hit when Georgia defensive lineman Travon Walker went to Jacksonville after only emerging as the likely #1 overall pick earlier this week. That pushed Michigan pass rusher Aidan Hutchinson to Detroit at #2 while LSU cornerback Derek Stingley Jr. landed with Houston at #3.

“The NFL draft was a success for many BetMGM bettors,” BetMGM sports trader Seamus Magee said. “Travon Walker to go first overall, Derek Stingley Jr. third overall and Kayvon Thibodeaux fifth overall were bad outcomes for the book. Drake London as the first receiver was the best prop for the book.”

In this article:Jalen Hurts, LSU