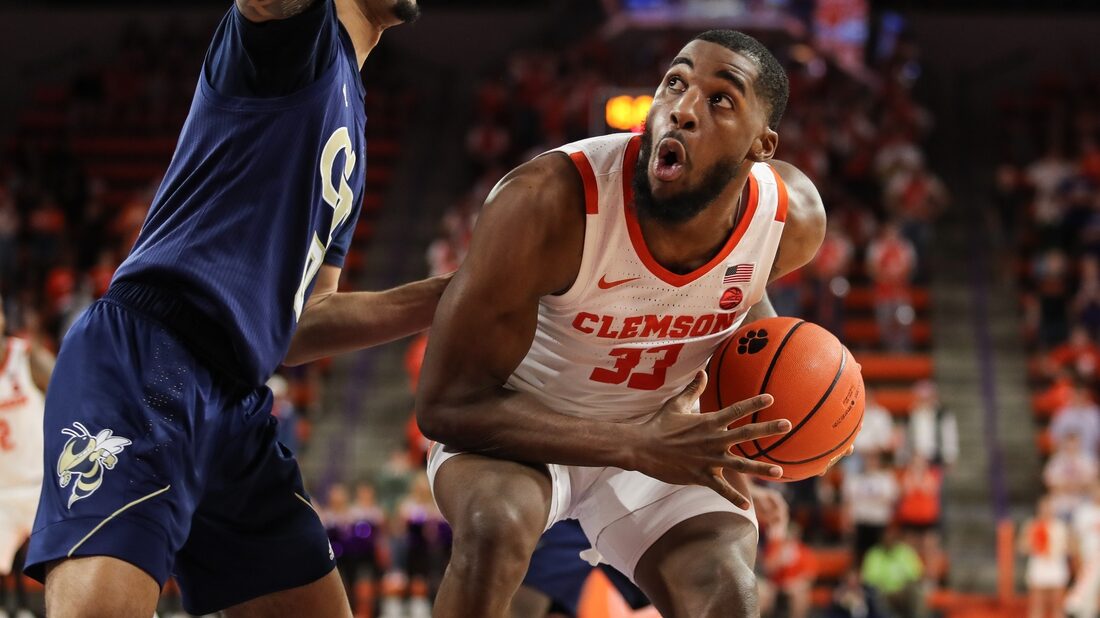 The Hokies have been particularly hot of late, having won nine of their last 10, and are coming off a lopsided 75-43 victory against Louisville.

“It’s a great place, great arena,” Virginia Tech coach Mike Young said of Clemson’s Littlejohn Coliseum, where the Tigers are 10-5 this season. “(Clemson coach) Brad (Brownell) has his bunch playing well. I think as much of him and what he does with his team — from Wilmington to Wright State to Clemson — as anybody I’ve ever competed against. They’ll be chomping at the bit.”

It will be Senior Day at Clemson and the Tigers will honor Hunter Tyson, Parker Fox, Naz Bohannon and David Collins.

Tyson returned to the starting lineup against Georgia Tech on Wednesday night after missing eight games with a broken collarbone and scored eight points. Bohannon had the game-winning three-point play in the 68-65 triumph while Collins scored a season-high 19 points.

But the Tigers may still be without leading scorer P.J. Hall, who has missed the last four games after aggravating a sore foot that has plagued him for much of the season.

Virginia Tech, which was tabbed for a fifth-place finish in the ACC’s preseason poll, is tied for sixth with Virginia entering the final game of the regular season. The Hookies are looking to improve their seeding for the upcoming ACC tourney and also to enhance their NCAA Tournament resume.

“They’re playing their best basketball right now, they’re playing with a ton of confidence,” Brownell said. “Also, they’ve got a lot to play for. They’re still fighting for an at-large bid. They’re a very experienced group.

“Their big guys, (Keve) Aluma and (Justyn) Mutts, are excellent; they’re smart, they’re tough, they can score, they can pass — two grad guys who have been through the wars together. Their guards do a nice job. They’ve got guys who can make threes, they’ve got two point guards who are playing very well together. They’ll be a real challenge for us.”