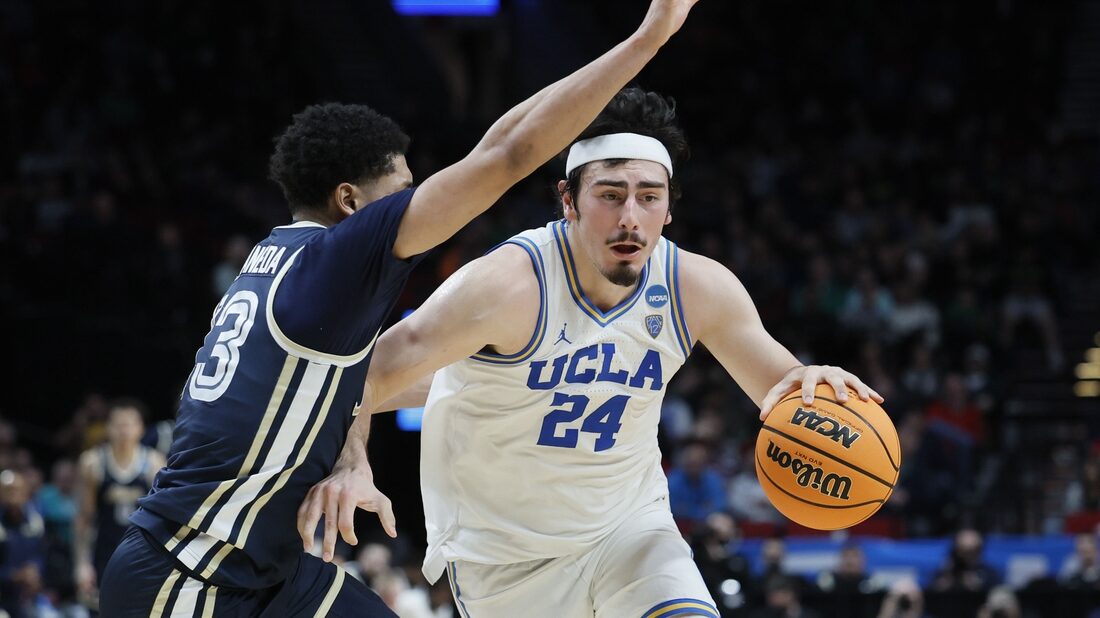 UCLA star Jaime Jaquez Jr. is day-to-day with a right ankle sprain and plans to attempt to play Friday in the fourth-seeded Bruins’ Sweet 16 matchup against #8 seed North Carolina in Philadelphia.

“It’s something all players have to deal with when you get into this game, especially at this time of year, not everyone is 100 percent,” Jaquez told reporters Thursday. “Everyone is battling through something. Yeah, it’s been frustrating for sure, but I’d rather have injuries like this, something I can battle back from than something really devastating. Knock on wood that doesn’t happen.”

Jaquez injured the ankle during the second half of UCLA’s second-round win over Saint Mary’s on Saturday, giving him five days between games for him to rest it and heal up. UCLA coach Mick Cronin said the staff was “treating him with kid gloves” during the week.

“He’s going to want to try and play,” Cronin said. “The question is, can he be effective?”

Jaquez is UCLA’s second-leading scorer (14.0 ppg) and top rebounder (5.7 per game), and one of several Bruins back this season after guiding the team from the First Four to the Final Four a year ago.

Jaquez also leads the Bruins in steals with 1.2 per game. He was named first-team All-Pac-12 and one of five finalists for the Julius Erving Award, given to the best small forward in the country.