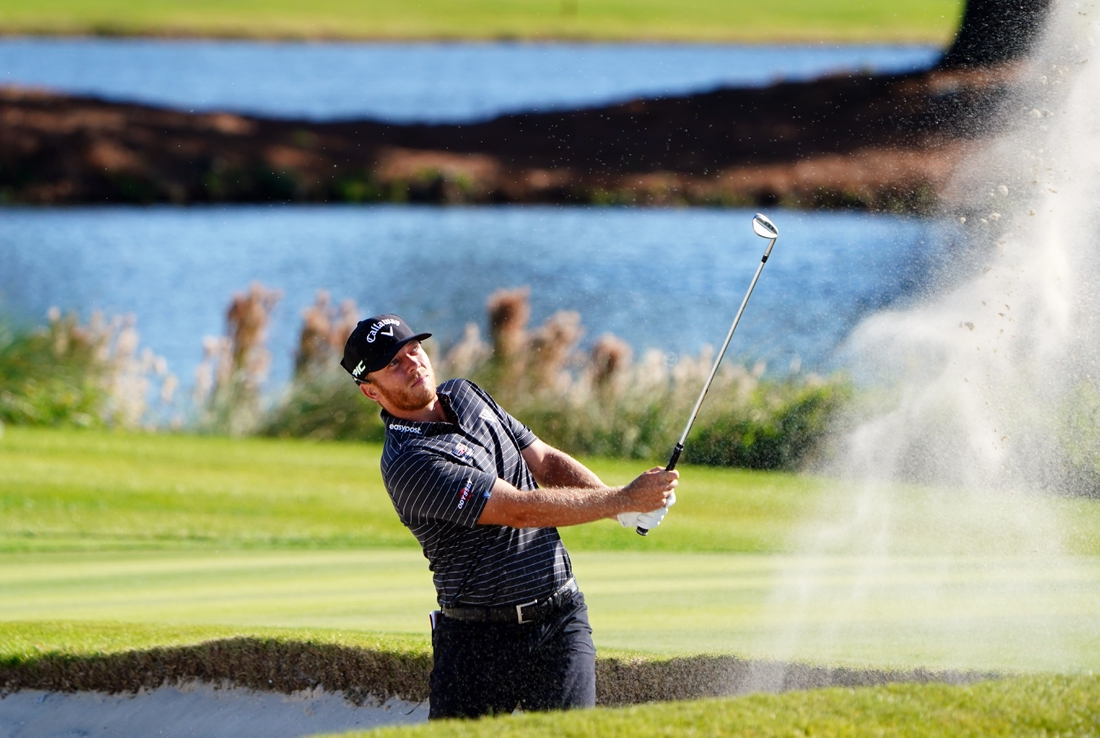 Talor Gooch fired a 5-under 65 on Friday to take a one-shot lead at 13-under 129 after two rounds of the RSM Classic at a windy Sea Island Golf Club in Sea Island, Ga.

Playing the par-70 Seaside Course, Gooch’s round Friday included a 66-foot eagle putt at the par-5 seventh hole as he moved to 4 under on the day. He had two birdies and a bogey on the back nine to take the outright lead after 36 holes for the first time in his career.

John Huh and first-round leader Sebastian Munoz of Colombia were tied for second at 12 under, while Taylor Moore and Mackenzie Hughes of Canada were tied for fourth at 11 under.

Gooch is hoping to follow an RSM Classic trend where each of the last five leaders after two rounds have gone on to win the tournament.

“You know there’s going to be some tough stuff, there’s going to be a lot of uncomfortable shots,” Gooch said about playing in the wind Friday, after calm conditions in the first round. “Being here a few times when it’s been like this, you know what to expect.

“Growing up in Oklahoma, you just, you feel like you have a little bit of advantage when it comes to the windy conditions.”

Huh moved up the leaderboard Friday following a 5-under 67 on the par-72 Plantation Course. He closed with four birdies on the back nine.

Munoz, also on the Plantation Course, shot a relatively tame 2-under 70 on Friday as compared to his 10-under 60 in the first round on the Seaside Course.

“I feel like today the thing was patience,” Munoz said. “Like we know it was going to be hard to hit the right distance or the right lines, so that was today, and yesterday I was just executing every shot. So I don’t know, my mental state (has been key), I guess.”

“Honestly, it’s a pretty perfect club, 8-iron from about 178 with wind off the right,” Moore said of his first career ace. “Just started at that right bunker and let the wind do its job and got a fortunate bounce. It looked like kind of like a fringe bounce. Yeah, we were able to see it from the tee, which is also really cool.”

The PGA Tour rookie was 3 under over his final nine holes despite a bogey 4 at the par-3 12th hole.

Scott Stallings and Zach Johnson were tied for sixth place at 10 under, along with Seamus Power of Ireland. Tom Hoge, Corey Conners of Canada and David Skinns of England all were tied for ninth place at 9 under.