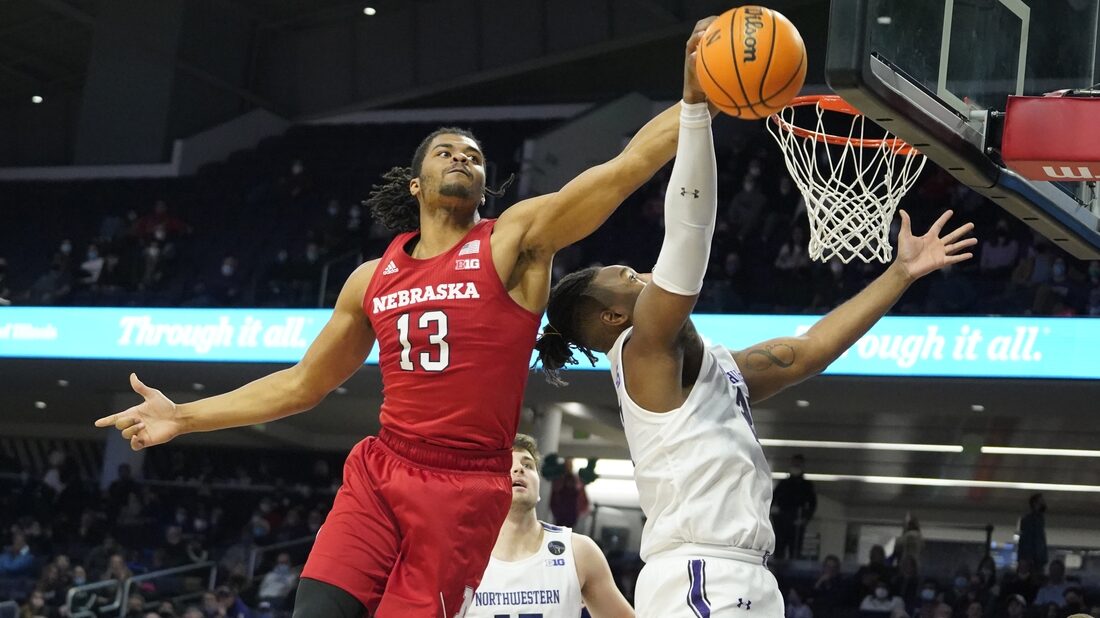 The hottest team in the Big Ten Conference?

No, it’s not the top seed for the conference tournament, Illinois. Nor is it the Iowa team that won five straight before losing a two-point decision Sunday night against the Fighting Illini. It’s the team that sat in last place for most of the season.

Nebraska (10-21) enters Wednesday night’s first-round game against Northwestern (14-15) in Indianapolis with three straight wins, the last two against ranked teams on the road.

Nebraska has suddenly transformed from a lost cause into the kind of exciting, high-scoring team that coach Fred Hoiberg turned out at Iowa State. The 13th-seeded Cornhuskers even stunned Wisconsin 74-73 Sunday in Madison without leading scorer Bryce McGowens (hand/wrist).

McGowens, who’s averaging a team-high 17.2 points, is considered a 50-50 shot to play on Wednesday, according to Hoiberg.

“He’s got some soreness and he probably will even if he’s able to be back on the floor on Wednesday,” Hoiberg said on his radio show. “The good thing about Bryce’s injury is he’s progressively gotten better each day.”

Alonzo Verge, Jr. took up the slack at Wisconsin. He poured in 26 points, including the go-ahead 3-pointer with 1:50 remaining. He also dished out six assists.

The effort got Nance over the 1,000-point mark for his career, the 38th player in program history to do so. The Wildcats also got 15 points from Robbie Beran and Boo Buie chipped in 10 points and eight assists.

Northwestern won both meetings in the regular season by a combined 36 points, averaging 82.0 points per game.

In this article:ncaab, nebraska, northwestern