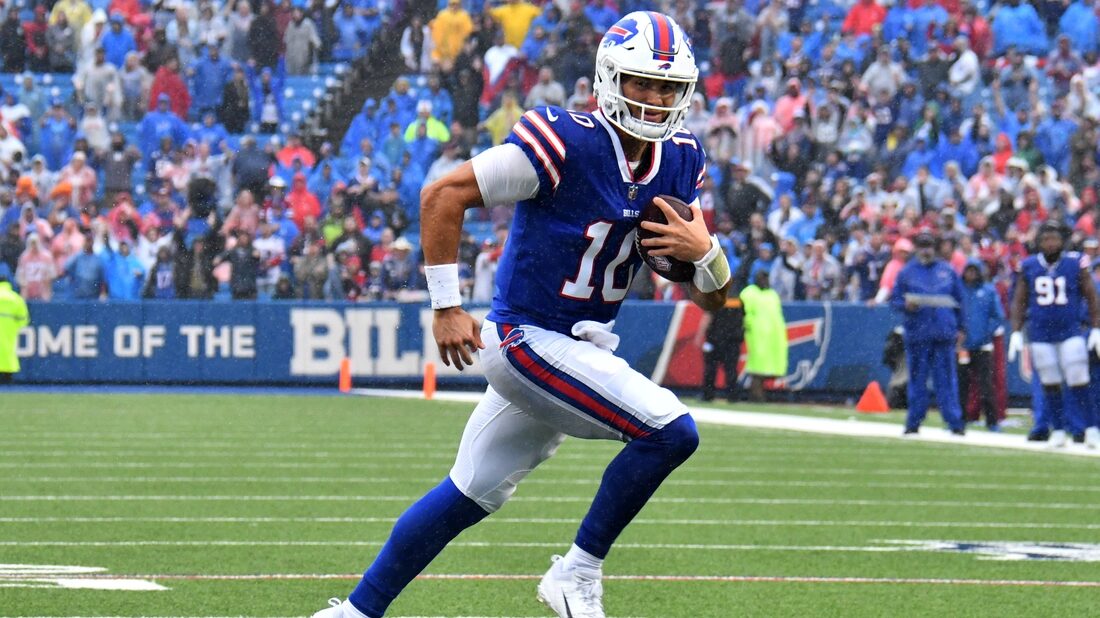 The New York Giants are expected to pursue free-agent quarterback Mitchell Trubisky, which would give returning starter Daniel Jones some competition ahead of the 2022 season.

Trubisky spent last season as a backup to Josh Allen in Buffalo, where new Giants coach Brian Daboll was the offensive coordinator.

So far, Daboll and general manager Joe Schoen — also from the Bills — have thrown their support behind Jones, but that could change if Trubisky were to come in and wow the brass in spring workouts and training camp.

Both were top 10 draft picks. Jones was the #6 overall pick in the 2019 draft by the Giants. The Bears chose Trubisky with the second overall pick of the 2017 NFL Draft but didn&rsquor;t pick up his fifth-year option.

Instead, he wound up in Buffalo in 2021 and appeared in six games in mop-up time, completing 6 of 8 passes for 43 yards and an interception. He ran for 24 yards and a touchdown.

With the Bears, he completed 64.1 percent of his pass attempts for 10,609 yards with 64 touchdowns and 37 interceptions. He added eight rushing touchdowns and 1,057 yards, and he posted a 29-21 record as a starter.

Trubisky said on an ESPN podcast recently that the Giants could be an attractive landing spot because of Daboll.

“I think of Coach Daboll right away because of my connection with him in Buffalo. I&rsquor;m excited to see what he does in New York really,” Trubisky said. “I don&rsquor;t know where I&rsquor;m going to go, but I know whatever he does there he&rsquor;s going to do a great job with that offense. He&rsquor;s a great leader of men. He&rsquor;s just real and authentic with all the guys and I think that is why so many people respected him in our building. So I&rsquor;m excited to see what he&rsquor;s going to do.”

Other teams, including the Pittsburgh Steelers, are expected to make offers to Trubisky, 27.

Jones, 24, was limited to 11 games because of a neck injury sustained in a Week 12 win over the Philadelphia Eagles that ended his season. He completed 232 passes for 2,428 yards with 10 touchdowns and seven interceptions on the season.

Since taking over from two-time Super Bowl champion Eli Manning in 2019, Jones is 12-25 as the starting quarterback, throwing for 8,398 total yards with 45 touchdowns and 29 interceptions.