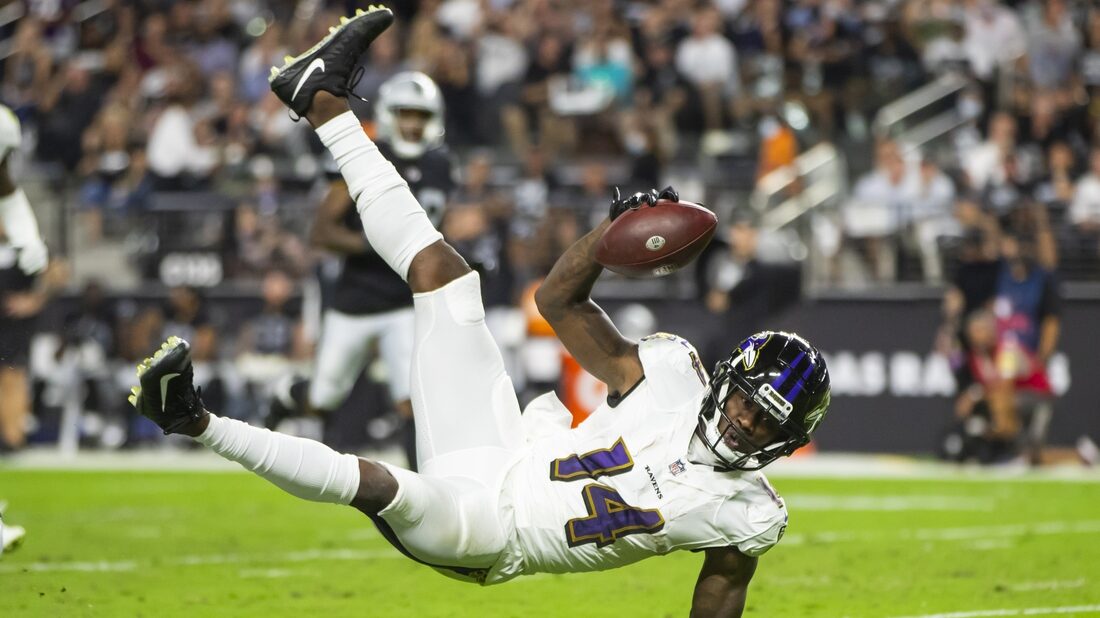 Watkins is going to miss the Baltimore Ravens’ home game against the Los Angeles Chargers on Sunday, opening the door for Bateman to make his NFL debut.

After injuring his hamstring in Monday night’s win over the Indianapolis Colts, Watkins missed practice all week and has been ruled out of Sunday’s contest. He is third on the Ravens in both catches (18) and receiving yards (292).

The timing of Watkins’ injury creates an opportunity for Bateman to potentially see action in his first NFL game.

Harbaugh said he would “probably expect” Bateman, the 27th overall pick in this year’s draft, to play against the Chargers. The University of Minnesota product had offseason groin surgery and has spent the last three weeks working his way into game shape.

“I think we’re going to build him into the plan on a week-to-week basis,” offensive coordinator Greg Roman said. “Rashod’s going to have a long and fruitful career. This is just the first step. We will integrate him into the plan when the time is right.”