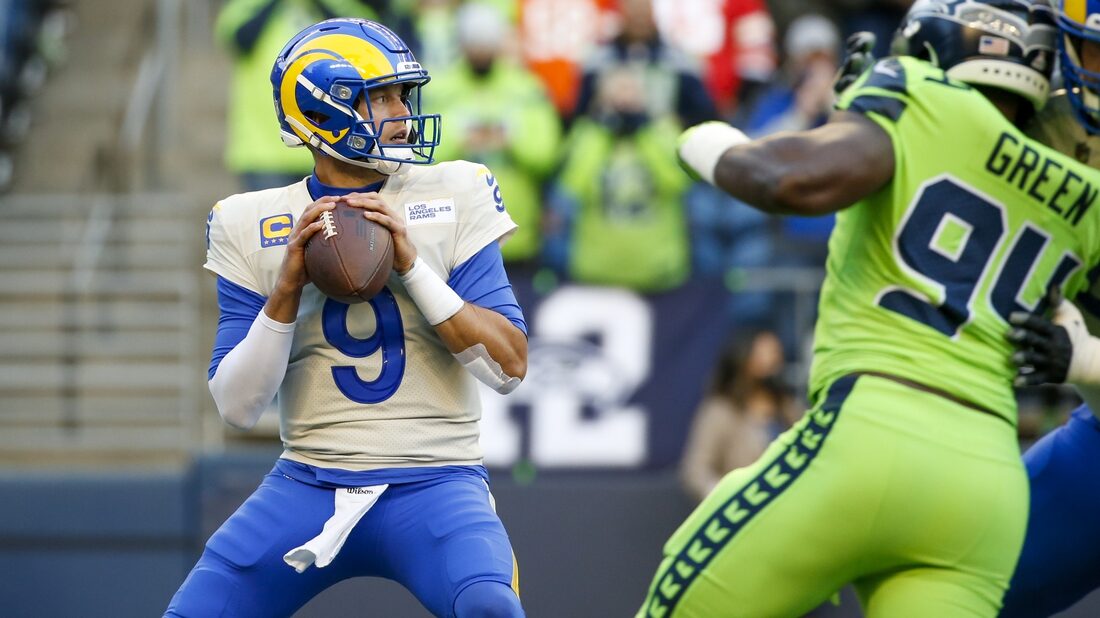 Matthew Stafford passed for 365 yards and a touchdown as the Los Angeles Rams defeated the host Seattle Seahawks 26-17 Thursday night.

The Seahawks were without quarterback Russell Wilson in the fourth quarter after he sustained an injury to the middle finger of his right hand, hitting it on the arm of Rams rusher Aaron Donald on a pass attempt. Afterward, head coach Peter Carroll called it a “badly sprained finger.”

Wilson finished the night 11 of 16 for 152 yards with one touchdown and one interception.

The Seahawks (2-3) had a streak of nine consecutive victories in Thursday night games snapped.

Seattle pulled within 16-14 as backup Geno Smith engineered a 98-yard scoring drive early in the fourth quarter, capped by a 23-yard TD pass to DK Metcalf. Smith was 5 of 5 for 72 yards on the drive and finished 10 of 17 for 131 yards.

The Rams responded with their own a touchdown drive, as Sony Michel scored on a 2-yard run to make it 23-14 with 6:08 remaining.

The Seahawks got the ball back with 2:09 to play, but Smith’s pass on the next play was intercepted by Los Angeles safety Nick Scott after the intended receiver, Tyler Lockett, tripped over a defender.

After trailing 7-3 at the intermission, the Rams took their first lead on their first possession of the second half, as Henderson scored on a 5-yard run.

The Rams scored again on their next drive, with Stafford hitting tight end Tyler Higbee on a 13-yard touchdown pass to make it 16-7 with 4:46 left in the quarter.

The Seahawks broke a scoreless tie with 9:04 left in the second quarter on a 19-yard pass from Wilson to Metcalf.

Seahawks leading rusher Chris Carson was inactive for the game because of a neck injury. Alex Collins carried 15 times for 47 yards in Carson’s absence.