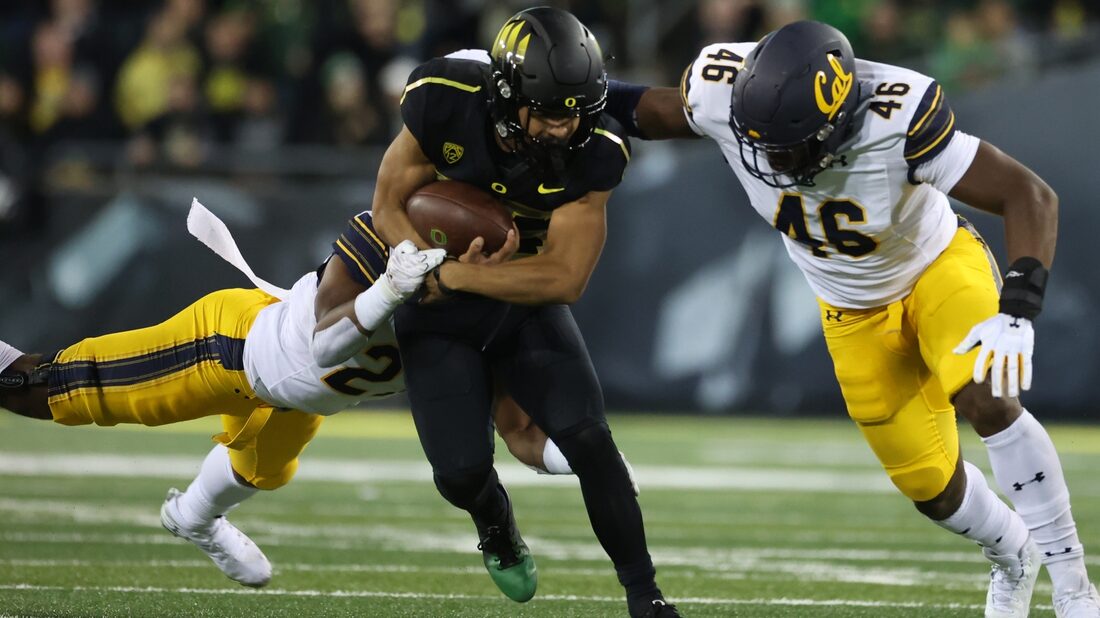 In need of a defensive stand in the closing seconds, #9 Oregon held firm and kept California out of the end zone to secure a 24-17 win on Friday in Eugene, Ore.

The Golden Bears got the ball to the Oregon 2-yard line and faced fourth-and-goal with five seconds to play. The Ducks blitzed Cal quarterback Chase Garbers and forced an incomplete pass for a turnover on downs, sealing the win.

Quarterback Anthony Brown, booed at home when Oregon’s offense sputtered for the better part of three quarters, led a pair of fourth-quarter touchdown drives, the last one putting the Ducks on top when he ran 11 yards for a score with 4:50 to play.

Oregon couldn’t get out of its own way in the opening quarter and early in the second, putting together lengthy drives but producing only three points. After getting into the red zone, penalties and a fumble resulted in a field goal on their first possession and a turnover on their third, and in between that, a turnover on downs inside Cal territory.

The Ducks had a chance for points late in the first half, but Brown was sacked and fumbled the ball away with 16 seconds left.

Star Oregon defensive end Kayvon Thibodeaux had to sit in the first half after a targeting call against him in the team’s previous game, but he returned to action for the second half against Cal.

Thibodeaux made an impact with his pass rush, but Cal tied the game at 10 on a Dario Longhetto field goal with 8:34 left in the third quarter. Still, Thibodeaux was a factor late in the game, forcing hurried throws.