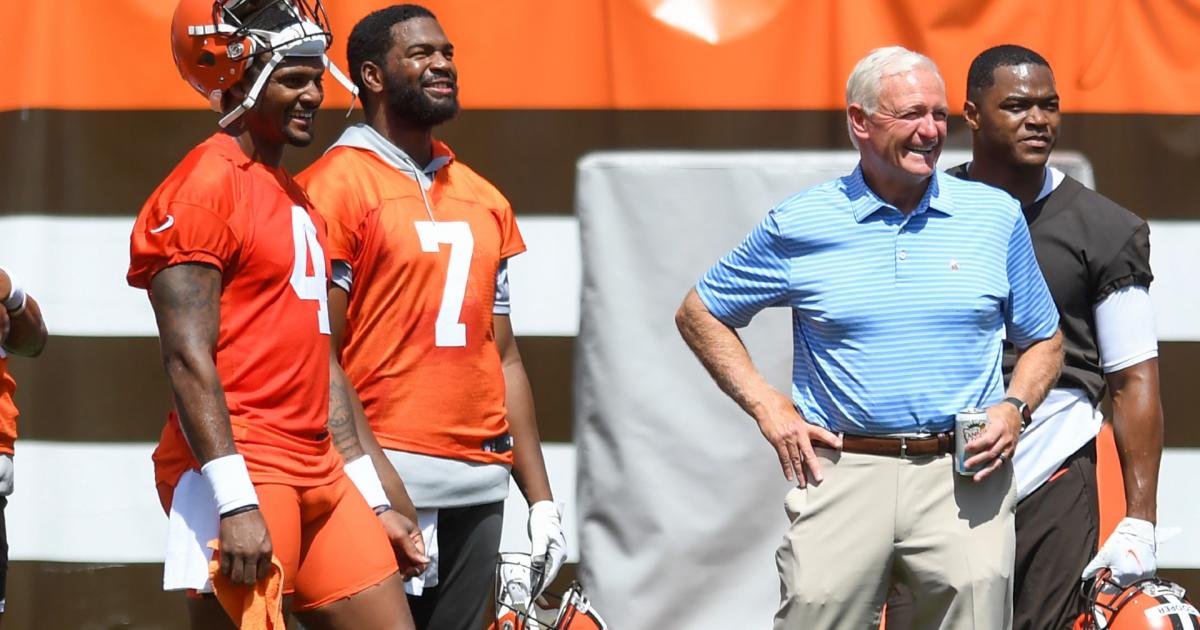 It happened during March Madness, so maybe that’s why it’s taken more than three months to fully appreciate the breadth of the Browns’ brainlessness in executing a trade-and-sign deal for Deshaun Watson. More likely, it’s because the NFL will commence a hearing soon with the quarterback, the league closing in on delivering a severe suspension sometime in the next week.

It would have been one of NFL history’s great gambles merely had the Browns traded three first-round picks and granted a salary-cap-stretching contract to a young quarterback who’d lived as if he were some sitcom-come-to-life version of Carlton Banks.

Watson has done nothing during his professional football years to convey that degree of innocence, even if the absence of a grand jury indictment dictates he cannot be found guilty of any offense.

The Browns didn’t just agree to fight through this mess. They sold their mansion on the lake in exchange for a palace currently engulfed in flames.