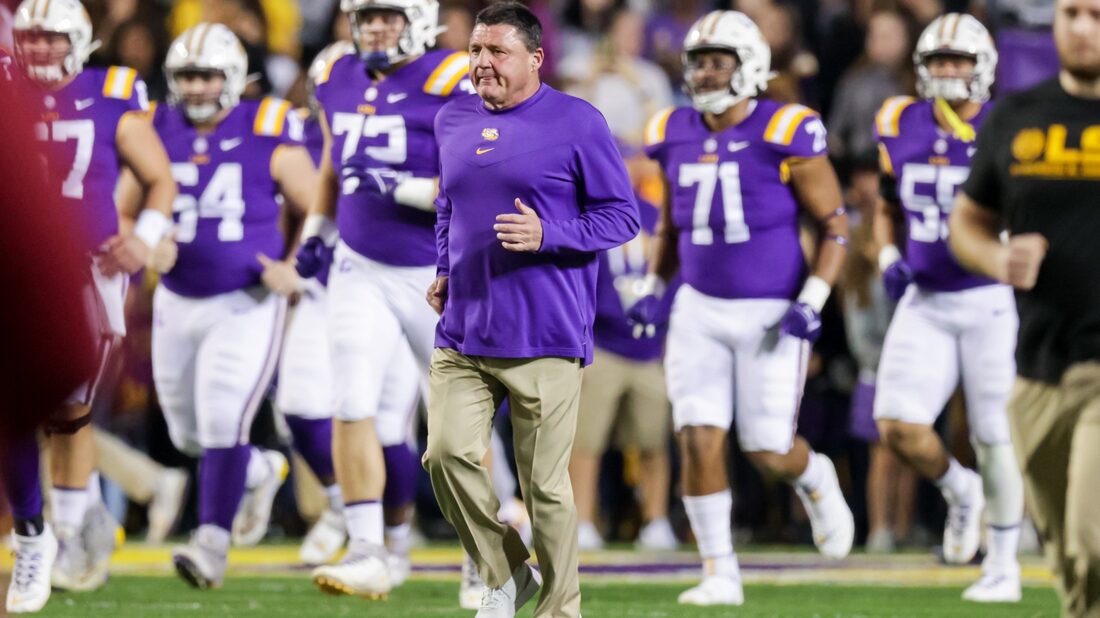 Johnson completed 22 of 38 passes for 306 yards, including the 28-yard game-winner to Jaray Jenkins, who finished with eight catches for 169 yards and two touchdowns.

LSU (6-6, 3-5) reached bowl eligibility, meaning head coach Ed Orgeron, who was bought out by the university last month effective at the end of the season, could see his tenure with the Tigers extended one more game.

LSU got off to a fast start, led 17-7 at the half, and didn’t trail until midway through the fourth quarter.

Seth Small kicked a 33-yard field as the Aggies trimmed the deficit to 17-10 midway through the third quarter.

Cade York answered with a 47-yard field goal nearly six minutes later to increase the lead to 20-10, which is where the score stood heading into the fourth quarter.

On the second play of the fourth quarter, Calzada threw a 15-yard touchdown pass to Preston to pull Texas A&M within 20-17.

Calzada and Preston then teamed on a 32-yard touchdown pass that gave the Aggies their only lead of the game, 24-20, with 7:33 remaining.

Johnson then drove the Tigers 85 yards in nine plays over 1:38 for the winning points.

On the first possession of the game LSU moved 44 yards on 13 plays and settled for a 50-yard field goal by York.

Texas A&M gained just 21 yards in the first quarter and the 3-0 lead held up through the end of the period.

Less than a minute into the second quarter, Johnson threw a 45-yard touchdown pass to Jenkins for a 10-0 lead.

Calzada threw a 13-yard touchdown pass to Moose Muhammad III to cut the lead to 10-7 late in the second quarter.

Johnson threw a short pass that Trey Palmer turned into a 61-yard touchdown with 32 seconds left in the second, giving the Tigers a 17-7 halftime lead.