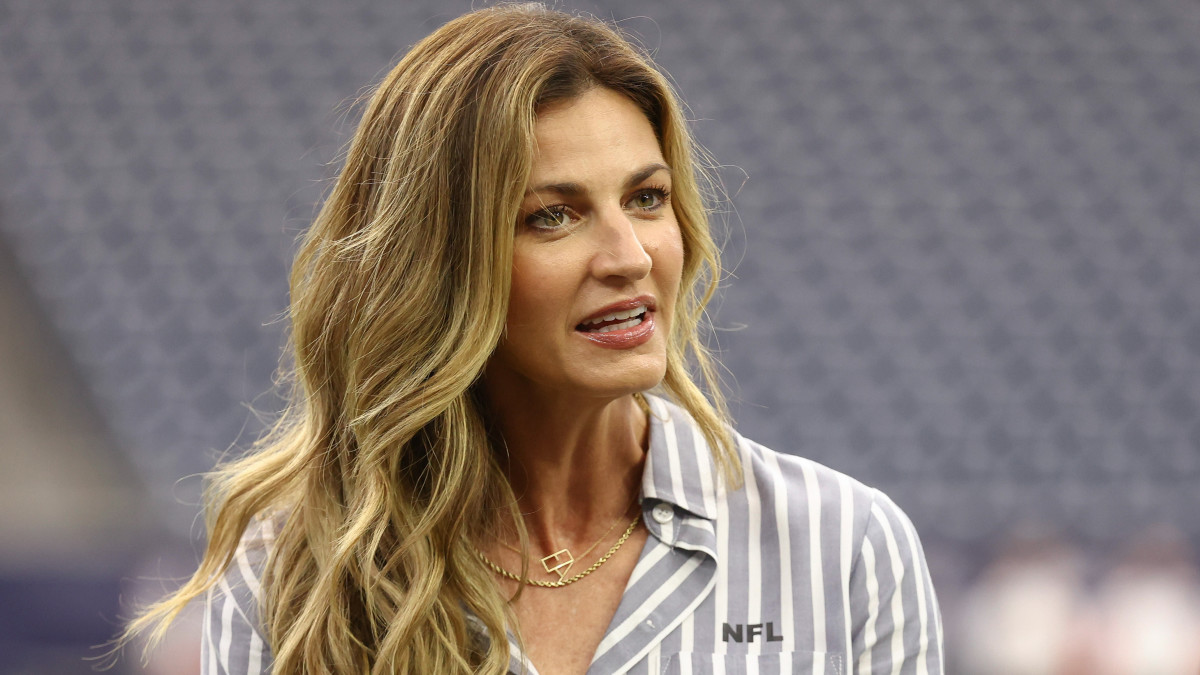 The wild offseason of NFL broadcasting changes affected a lot of people, including Fox Sports’ Erin Andrews. The sideline reporter for Fox’s top NFL team went from working with Joe Buck and Troy Aikman to now working with Kevin Burkhardt and Greg Olsen. She will work with Burkhardt and Tom Brady sometime in the future.

Andrews, whose own contract was set to expire this August, talked about all of the shake-ups (and why she doesn’t love the term “sideline reporter”) on the latest episode of the SI Media Podcast.

Andrews on re-signing with Fox for three more years

“I signed a contract. I quietly did that. I figured enough was enough with the headlines for a while. My deal was up in August. Fox came to me pretty much right away and just said, ‘We wanna keep you here.’ At that point I was unaware of who I was gonna be doing the games with. They were great about it. That’s one thing I do have to say regardless of what other opinions are out there. My bosses at Fox, Eric Shanks and Brad Zager, were very upfront with me. Even upfront with me when I would call and be like, ‘What’s going on? What’s happening? What’s the plan? I just want to know what the plan is.’ And they would just say, ‘Hang on, hang on. I promise you’re going to be happy, just hang on.'”

On finding out Troy Aikman was leaving Fox for ESPN

“I was standing right here in Montana. It was winter break. We were just done with the Super Bowl, done with everything. … I’m standing here, and my phone rang. And I just looked at [my husband] Jarret [Stoll] and I said, ‘This isn’t good.’