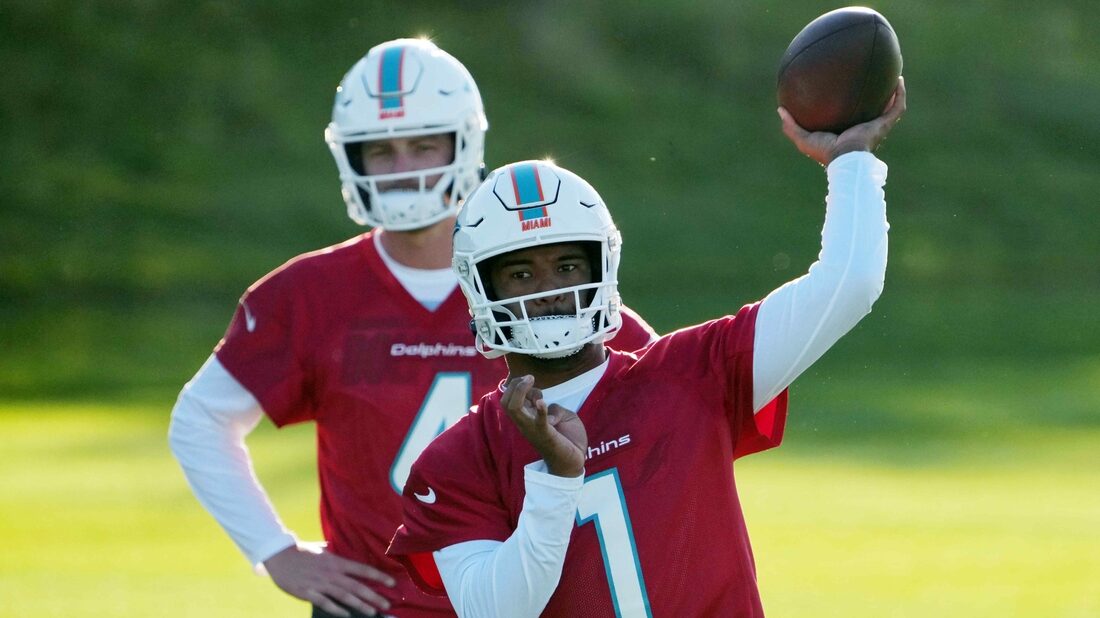 Quarterback Tua Tagovailoa was activated from injured reserve and is expected to start Sunday when the Miami Dolphins and Jacksonville Jaguars square off in London.

Tagovailoa missed the past three games with fractured ribs but practiced without complication Wednesday and Thursday. He is not listed on the team’s injury report for Week 6.

“I’m just 100 percent ready to get back out on the field,”
Tagovailoa said to the Miami Herald after Friday’s practice.

Ford, 25, had one catch for three yards in last Sunday’s 45-17 loss to the Tampa Bay Buccaneers in his first call-up this season.

Merritt, 24, appeared in one game last season, but was kept off the stat sheet altogether.

Jacoby Brissett, who took over when Tagovailoa exited Week 2 and started the next three games, is limited with a hamstring injury. He is expected to serve as Tagovailoa’s backup.

Tagovailoa steered the Dolphins to a Week 1 win at New England. Miami has lost four in a row since and has been outscored by a league-worst 75 points in its five games this season.

Tagovailoa attempted four passes in Week 2 before leaving the game against the Buffalo Bills. He is 17-of-31 passing with one touchdown, one interception and four sacks this season.

The Jaguars are winless and bring a 20-game losing streak into Sunday’s matchup.