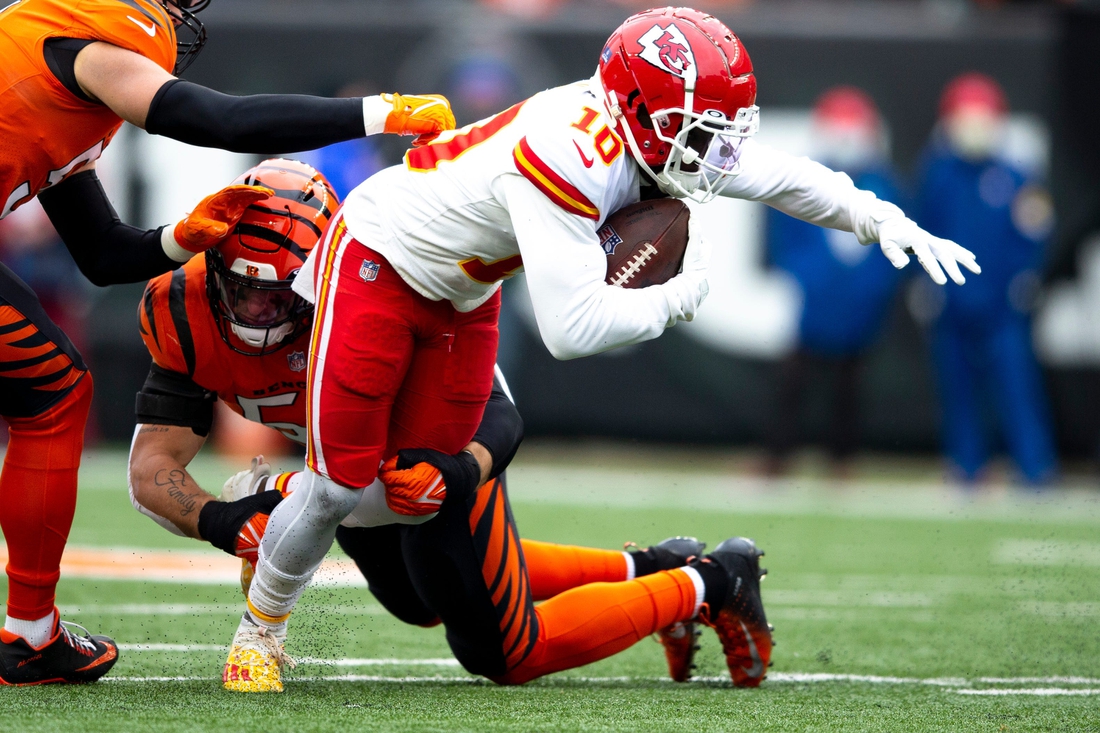 Hill, who is nursing a heel injury, followed up a limited practice on Thursday by participating in Friday’s session.

Williams was limited in the first two practices this week before participating on Friday. He has been hampered by an ailing toe.

While Hill and Williams are trending in the right direction, Reid announced running back Clyde Edwards-Helaire has been ruled out for Sunday’s game.

Edwards-Helaire did not practice for the second straight day on Friday while nursing a shoulder injury. The second-year running back missed the final two games of the season after first sustaining the injury in Kansas City’s 36-10 romp over Pittsburgh on Dec. 26.

Hill, 27, finished the season third in the NFL with 111 catches for 1,239 yards and nine touchdowns. He earned his sixth career Pro Bowl berth.