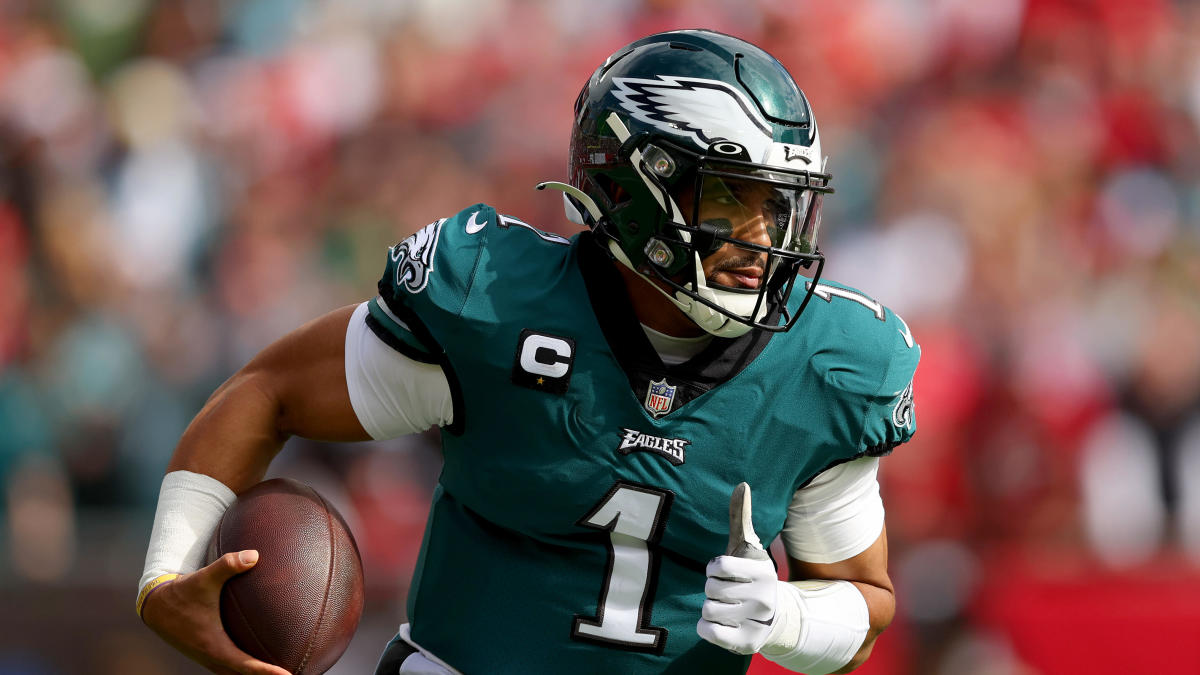 Philadelphia Eagles quarterback Jalen Hurts needs to have a Pro Bowl-caliber season to prove he is THE long-term face of the franchise in his upcoming third NFL season and second with head coach Nick Sirianni. “Need” may sound extreme, but the Eagles have two first-round draft picks in the 2023 NFL Draft, one courtesy of the New Orleans Saints. The upcoming draft has Heisman Trophy-winning Alabama quarterback Bryce Young, as well as Heisman finalist, Ohio State quarterback C.J. Stroud.

However, Hurts has put together an early career resume that stylistically resembles another quarterback whose team has gone all-in to build its offensive system around his skill set — 2019 unanimous NFL MVP and Baltimore Ravens quarterback Lamar Jackson. Hurts is the only player in NFL history with over 4,000 passing yards and 1,000 rushing yards within his first 20 career starts. Jackson is the only player with over 3,000 passing yards and over 1,000 rushing yards in a single season in NFL history, while breaking the league’s single-season record for rushing yards by a quarterback in that MVP season.