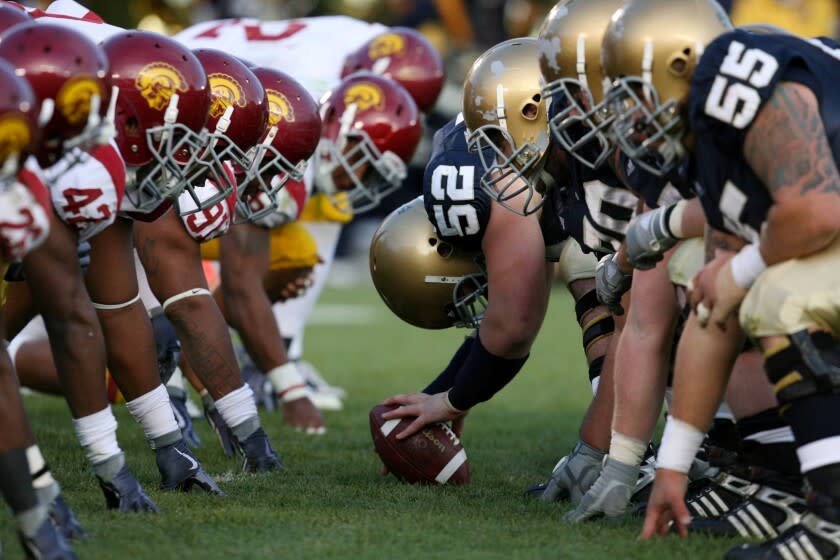 It might feel like the move of USC and UCLA to the Big Ten Conference on Thursday was the start of another realignment wave, but in truth it was just the next crest — albeit a massive one that is still shaking college sports’ foundation — in the wave that began last July.

If Texas and Oklahoma didn’t ditch the Big 12 for the Southeastern Conference, it is hard to imagine USC and UCLA feeling as if they had no choice but to toss aside a century of Pac-12 Conference tradition in order to stay viable.

How exclusive will the Power Two be now that they’re both at 16 schools? What is the Big Ten’s (and Fox’s) next move? How will the SEC (and ESPN) respond? Is the Pac-12 doomed? Let’s dive into the latest realignment madness.

Multiple sources told The Times that the Big Ten will not be adding another Pac-12 school at this time. It would have been a natural assumption that a pairing of Oregon and Washington would follow their longtime conference brethren, but that is off the Big Ten’s board for now. Maybe the preferences of USC and UCLA — Fox’s priority because of the the brands and the Los Angeles market — have something to do with that?.

That means Notre Dame will be the next driver in any movement with the Big Ten, which has long coveted the Fighting Irish for all of the obvious reasons — brand power, football tradition, academic reputation and location.

In this article:featured, Notre Dame